You are here: Home Relationship 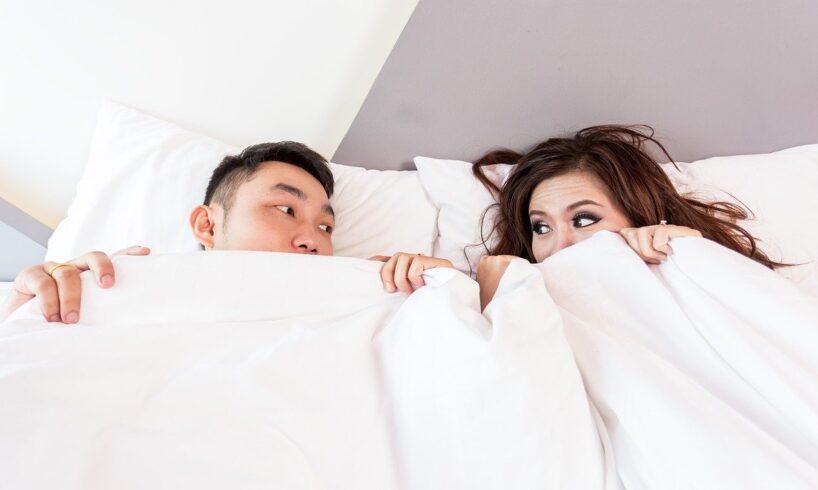 More Benefits Than The Obvious

Sleeping with your spouse is beneficial for a number of reasons, not least of which being the obvious intimacy factor. Keep in mind, over time, sensual energy transforms into something more, and that which initiated such transformation changes. This is a good thing, though many don’t realize it. That was said to say this: sometimes sleeping together means merely that.

When you’re in a unit as a couple, you both have to rest sometime. When you can do that together, it tends to be best for your relationship, and how you relate to those in your community. The reasons for this are greater than simply sex, though we’ll explore that benefit in addition to four others here.

Okay, not all couples start the day at the same time. In many relationships, one wakes up before the other. Still, for the majority of couples, both will wake up at around the same time. Maybe one gets up and shuffles around a bit, and the noise and activity they produce ultimately wakes the other. Regardless, when you go to bed together, you wake up together.

When you can both face the day on the same foot, then the support network which defines relationships is within your grasp from the beginning. You can face the day as a unit, plan accordingly, get more things done, and start off happier than if you slept separately.

That’s not to say there won’t be times in your relationship where one or the other of you sleeps on the couch; relationships have their ups and downs. However, for the most part, it’s healthier for spouses to sleep together at least partially for the benefits of waking up and facing the day together, among other things.

This one is pretty straightforward: sleep together, and you don’t need two beds. A good bed can be expensive. Several hundred to several thousand dollars may define the cost, and if you’re going to get the most out of sleeping separately, it may mean keeping each of those beds in different rooms. Space is lost in addition to bed costs. Sleeping together saves that cost.

This is the obvious one, but it’s considerable. Intimate relations between spouses knit them together beyond the emotional and psychological level. They come together at the physical level as well.

Especially for newer couples, or those who are more active sexually, it makes sense to find the right mattress. Explore Shape’s blog article about a mattress for sex for more details on the best buy when it comes to such sleeping solutions.

Not all couples have the luxury of being on the same occupational schedule. Many do. And even if both of you work in a separate capacity, if you commit to sleeping together, there’s a likelihood your sleep schedules will be more aligned. This contributes to harmony in the home.

Many arguments develop from unequal rest distribution. One of you is tired, the other isn’t. So one of the two is irritable owing to fatigue, the other has that happy-go-lucky “morning person” vibe. When you’re sleeping together regularly, such relationship obstacles aren’t as impacting.

Some of the biggest problems that impact relationships have to do with emotional issues. Fatigue, occupational issues, community problems, economic realities—all these contribute to emotional instability. What this indicates is that whatever you can do to assuage this common issue is worth doing. Sleeping together aligns you at least in terms of sleep and wakefulness.

When you’re on the same rest schedule, some of the emotional difficulties that cause arguments are reduced. That makes it more possible for you and your spouse to get along. It won’t stop all your emotional issues, but it can definitely help.

As you may have guessed, sleeping together comes with a host of positive benefits that often go unconsidered—and several that are very obvious. Advantages include increased emotional stability, more aligned sleep schedules, a greater propensity for intimate relations, saving money on secondary sleeping quarters, and waking up together

As you likely know, such advantages only represent the tip of the iceberg when it comes to sleeping together. Spouses are meant to become a singular human unit, as it were. Anything that can be done to encourage this reality should be done; it’s good for both of you.

The Benefits Of Sex For Stronger and Closer Relationship