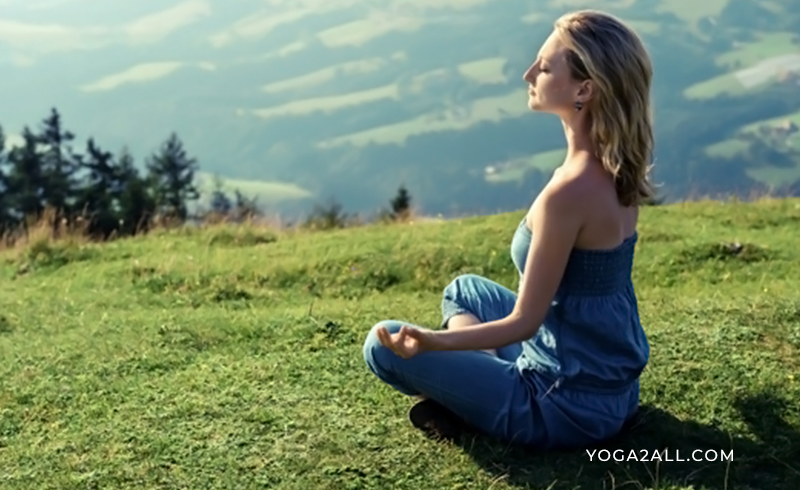 Do you want to boost your libido practicing yoga? Want to know which yoga poses can help you to improve your sexual performance? Yes, today’s unhealthy lifestyle could be one of the reasons for a lack of libido. It is also true many women in today’s fast-moving world facing stress and depression. Yoga is no doubt a good thing to de-stress you. You can also practice breathing exercise or pranayama which also helps you to overcome stress and depression and give you complete relaxation. We have discussed here top 20 yoga postures that boost your libido and you can do better orgasm.

Bow Pose is also called Dhanurasana is a very important yoga for better libido or stronger orgasm. This asana looks like bow or dhanura due to the reason it is called dhanurasana or bow yoga pose. It looks like an archer’s bow. During this yoga pose person’s torso, as well as legs, represent like the body of a bow, and his or her arms as a string. This pose is also known as Yogic Bow Pose.

Sitting in a chair at home or outside is really comfortable and easy, but sitting without a chair in a yoga pose is quite difficult, though it is challenging. This chair Pose is also called Utkatasana, one of the most essential yoga posture or asana to improve better orgasm and libido. This Chair Pose Yoga is often known as Awkward chair pose, a well-known standing yoga posture in the entire yoga style.

The cat-cow yoga is a well-known name in yoga classic. This yoga pose has several benefits and a good reason to practice. It helps in moving the spine from a rounded position, also called flexion to an arched one i.e. extension. It is nothing but a simple motion. This pose is good to prevent back pain as well as maintaining a healthy spine. Moreover, good for stronger and effective orgasm.

Butterfly pose, Badhakonasana or Purna Titli Asana is a gentle yoga pose good for libido and stronger and better orgasm for the practitioner. This pose called badhakonasana because this asana carries both feet tucked close to the groin, it also clasped tightly with the hands as if tied together in a specific angle. It is one of the most popular yoga poses for its movement of the legs in the time of posture, gives the appearance of a butterfly flapping its wings naturally. Many say it is Cobbler Pose because the pose looks like cobbler sitting at work.

Wide-Legged Seated Forward Fold is a good seated yoga pose that has several benefits. It deeply stretches you legs and spine. This posture also calms your mind and relieves stress. It is sometimes practiced toward the end of a yoga session, in the time your body is warm and to prepare for the purpose of deeper forward bends. This posture is often called Seated Straddle Fold, Seated Straddle yoga, and Wide-Legged Seated Forward Bend pose, with other several types of yoga.

This is one of the most popular poses in the entire yoga style. In Sanskrit, the pose or asana named Utthan Pristhasana, also known as Lizard Pose. Lizard Pose is no doubt a great pose helps to stretch the hip flexors, the hamstrings, as well as quadriceps. It incorporates Lizard into your yoga practice. This pose helps to improve the flexibility of your hip ligaments, enhance libido, strengthens the legs muscles, boost orgasm and more.

Eagle pose is originally known as Garurasana. This name comes from the Sanskrit words. Garuda – means eagle and asana – means posture or seat. In Hindu mythology, Garuda is the king of the birds and it is also the vehicle for the god, Vishnu. Garuda helped humans fight against the demons and won, as per Hindu mythology. The asana has several benefits including better and strong orgasm.

The Bridge pose is another name of construction of a bridge pose. The legs and the hips do most of the work which helps in rejuvenating tired feet. Studies found that bridge pose helps improving orgasm by regular practicing. It also helps in many ways, one of the most popular poses in yoga style. After a certain time, you will feel flexible and alert in both body and mind.

Plow pose yoga is good for those people who sit for a long time and tend to have a very bad posture, because this plow pose of halasana helps to tone the muscles of buttocks, gives the strength of your shoulders as well as your thighs. It is a very good pose for glands, lungs and for abdominal organs, improves your digestive system and helps to balance your hormonal levels.

Corpse pose is also known as Savasana.  This pose is the final pose in any yoga class and due to that, it is sometimes called as Final Relaxation Pose. Corpse pose yoga is not a nap time; you should not fall asleep when practicing this yoga. The actual motive of this yoga style is to make you remain present and aware for the whole duration of this pose.

Bound angle pose often known as baddha konasana. It is a therapeutic hip as well as groin opener pose which helps to boost your fertility, also good for better orgasm in life. Bound angle opens hips, chest, lengthens your spine and also stimulates you reproductive, nervous and respiratory systems.

Adho Mukha Svanasana is another name of downward facing dog pose yoga. This yoga is included a handstand, forward bend and inversion pose. Adho – means downward, Mukha – means face, and Svana – means dog. If you do not have enough time to practice yoga, then this yoga pose is best for you. To practice this yoga you get several health benefits.

Shoulderstand pose is one of the most popular yoga poses in the entire yoga style. Salamba Sarvangasana means, Salamba – with support, Sarva – all and Anga – limb. It improves your thyroid and prostate glands and also helps to improve your digestion, including better orgasm and libido.

Balasana is also known as Child’s Pose, or Child’s Resting Pose a popular pose in the yoga classic. This pose is nothing but a simple and easy relaxation pose in yoga.  Balasana can become active through breath. This yoga helps to normalize the circulation throughout your body.

Lotus Pose is a cross-legged sitting yoga, which originates in meditative practices of ancient India. In the time of practice, the feet are generally placed opposite of things. It is a popular and established asana. This asana is mainly used for meditation in Hindu, Jain and Buddhist contemplative traditions. It looks like lotus due to the reason the asana named Lotus Pose. One gets several benefits practicing this yoga-like physical stability, breathing properly, clams mind and more.

The Sanskrit name of this pose is  Utkata Konasana. Utkata – means powerful, ‘Kona’ – means angle and ‘Asana’ means pose. This pose can be called ‘Fierce angle pose’, but widely known as Goddess yoga pose. Goddess pose is a great pose to tone your lower body part. This pose is also called Goddess Squat pose that challenges your muscles as well as your mind.

Plank pose is one of the most popular poses in yoga style. In Sanskrit, this pose is known as Uttihita Chaturanga Dandasana. This pose is good in relieving the symptoms of menopause, good for strong orgasm and libido including other benefits.

After a regular practice of above-mentioned yoga poses you can definitely get the good results. These yogas are helpful or asanas for stronger libido and better orgasm if you want to boost your sex life. As you know yoga can improve your energy level and also strengthen you to perform for longer sex in life. Yoga is also called the WINDOW of various sexual positions.