You are here: Home Technology

With the gift of time comes the growth and evolution of testing solutions. Nowadays, QA isn’t just about finding bugs and errors anymore. It’s turned into a complex technical philosophy that includes behavioral predictions, evaluation of a product idea, and analysis of opportunities and their corresponding risks and threats.

If there’s anything that 2020 taught us, it’s the lesson that predicting the future is far from simple. Although that’s the case, it doesn’t mean we can look ahead with renewed optimism.

Without further ado, here are the software testing trends you don’t want to miss in 2020:

The Internet of Things is one of the fastest-growing concepts in the field of technology. It won’t be long before IoT accepts the 5G standard and brings about the release of the newest gadgets in the marketplace. Along with this are endless combinations for testing between protocols, devices, operating systems, and platforms.

In 2020, the number of interconnected gadgets breached the 20 billion mark, which is three times more than the data of 6.4 billion in 2016. Along with the enormous expansion that these figures highlight is the requirement for effective IoT test strategies. They should test operating systems and communication protocols, together with both the software and hardware of IoT devices.

There are risks identified in the hardware of various IoT devices, making them vulnerable to multiple threats that make efficient testing a must. The same is true for software that’s built-in into IoT devices. Both the device and security software need to be tested to address threats and vulnerabilities.

At present, most companies worldwide have already started rolling out an effective IoT test strategy after determining its necessity. This move will enable end-users to have efficient and well-connected smart devices with seamless performance and functionality.

The influx of IoT apps also has a direct effect on varied data volume generation. The additional data generated also created a requirement for big data testing. It has a significant impact on giant e-commerce companies like Amazon, for instance, in a way that it enhances their capacity to validate information, make data-driven decisions, and improve their overall market targeting and strategizing.

Apart from e-commerce sites, many other companies across industries are still coping with massive data volume and different data forms. As they gather these vast amounts of structured or unstructured data, end-to-end testing is becoming more of a necessity. It’s not just the big corporations that contribute to this trend. Governments themselves adopt initiatives to boost digital technology, resulting in a higher dependency on data by end-users. Comprehensive big data testing guarantees the quality, accuracy, reliability, and integrity of data. These characteristics are what qualifies them for use in making all important decisions. As the processes of enterprises become more complex, we can expect big data testing to be relevant as ever in 2021.

Automotive, financial, and other service providers from leading enterprises worldwide require blockchain technology. It transforms the method that these enterprises are dealing with digital currencies, primarily bitcoin. Further, blockchain technology makes a decentralized network distinct from a central system utilized by traditional institutions in their banking system and financial operations in general.

These blockchain apps aren’t constrained to the financial world alone. They are also employed in the energy vertical, governmental services, and business fields. However, this extensive range brings in several challenges involving blockchain debugging. Blockchain testing is the next-gen testing solution that’s efficient and specializes in debugging codes to ensure blockchain apps remain productive and at the top of their game.

The global blockchain market size is expected to become even more sizable and hit $40 billion by 2025 from $3 billion in 2020. As early as 2022, micro-transactions between two different parties will be the norm. This upcoming trend is made possible by a blend of IoT devices and blockchain technology through smart contracts. At present, most financial institutions have adopted or incorporated blockchain technology (BT) as part of their in-production system or process.

Some of the core blockchain testing types include functional, performance, API, and node testing.

API testing addresses the interaction between applications in the blockchain ecosystem. Through testing, you can make sure that the API responds accordingly and requests are formatted and handled appropriately.

Through this holistic procedure, you’re able to develop an estimate involving the work of functional portions of the blockchain, including smart contracts.

To guarantee their smooth cooperation, every heterogeneous node on the network should undergo thorough and independent testing.

Performance tests allow you to discover opportunities to fine-tune the system, determine performance bottlenecks, and reassess the app if it’s ready to launch in the market.

As businesses double their efforts to ensure scalability, security, and high-performance, blockchain testing will become a critical aspect of the digital trust transformation in 2021 and beyond.

With the continuous growth of the technology sector comes a flurry of more complex cybersecurity threats.

The following numbers provide you an idea of the current state of overall security worldwide:

According to the 2020 Data Breach Investigations Report, 52% of breaches involved hacking, 28% featured malware, and 33% included phishing and social engineering. Cybercriminals capitalize on doubt and confusion as they target small and large companies, governments, and individuals. By 2021, corporations anticipate the damages associated with cybercrime to hit $6 trillion annually.

Cybersecurity testing is gaining traction in both software and QA tests. Through it, you’re sure to receive an in-depth analysis of your organizational security posture, and the damage your company will incur is minimal whenever downtime occurs. Security tests also keep hackers from exploiting your security vulnerabilities by identifying weak points prone to cyber thefts or attacks.

If it isn’t already, cybersecurity testing within applications and security will be a top priority in the coming years.

It’s no secret that performance is a key element when it comes to software systems. To continually improve the efficiency of your products, empowering your Quality Assurance (QA) engineers, developers, and testers is a must.

Also, it enables testers, developers, and QA engineers to build performance metrics from the initial design. It anticipates teams such as yours to run checkbox testing scripts, determine customers and business value, and examine every single section of your system.

Performance engineering is developed to replace performance tests in building critical performance metrics as early as the initial stages of your design.

Company projections show that AI usage will continue to grow in each facet of creative technology.  The growing number of apps we use is a good indicator, and current artificial intelligence investments are at $7 billion in North America alone. By 2025, the global investment in AI is expected to breach the $200 billion mark.

In line with this, we can anticipate AI apps to be present in more testing zones, particularly in analytics and reports, including:

Meanwhile, machine learning (ML) is one of the pillars of smart automation. A World Quality report by Capgemini shows that 38% of companies adopted ML projects in 2019.  Even though the projection of customer behavior patterns is still a challenge for human intelligence, business experts anticipate this figure to increase exponentially in the coming years. Machine learning-backed foretelling analytics strengthens human intelligence by detecting app sections that remain underexplored. Using accessible historical data, you can utilize the resulting insights to predict likely parameters of user behavior.

In 2021, AI and ML applications will be crucial in addressing quality prediction issues, assignment, fault classification, and prioritization of test cases to optimize testing processes.

Change isn’t likely going anywhere. Coinciding with the gift of time that we continue to enjoy, it’ll always be that single constant thing in life. That’s why we must keep up, if not stay ahead of it.

Being part of the fast-paced tech world requires that you stay updated with both the current and emerging trends in software testing to remain relevant and competitive in your industry and field of expertise. 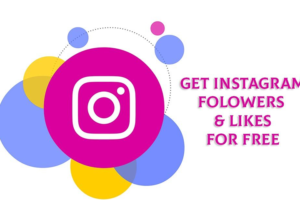 An Exclusive Sneak Peek at What’s Next for PEMF Machines? 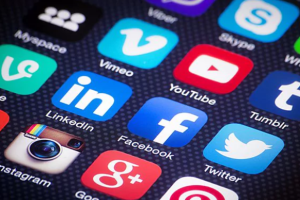 Wondering Why Social Media Workshops You Should Attend?