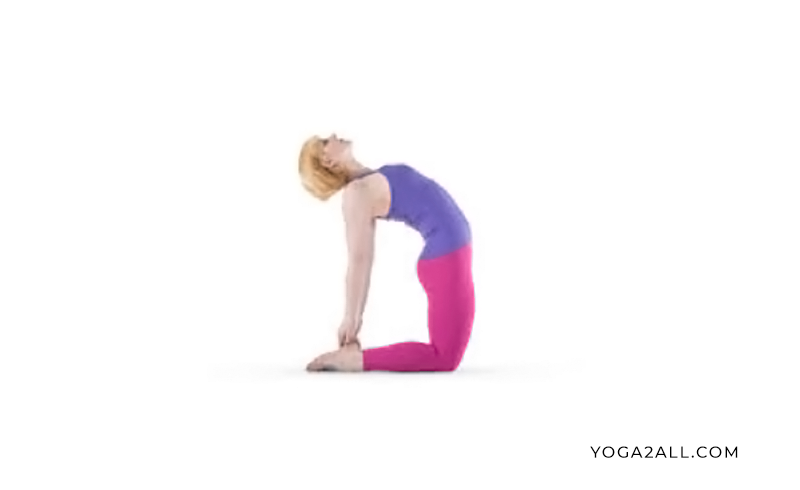 At first, lengthen your spine and bend back slowly, placing your hands on your heels.

Elongate your neck and curl your head backwards.

Now side your both of the hands to the soles of your feet and remain in the position for 5-6 breaths.

Why this yoga pose is called Camel Pose?

Some of the yoga poses or Asanas are named after animals in the Bikram Yoga chapter. Now the question is how this pose named ‘Camel Pose’. Some people think this yoga pose named ‘Camel Pose’ for its back-bend style, which is a similar appearance to improve a camel’s hump. It is true that bending back looks your body like a camel’s hump, but when a camel sits it does so by first bending its knees and after that fold its legs below its body. When the camel ready to get back up it does the same thing it is done before. And, in this position, you do the same like a camel that is why the pose named ‘camel pose’.

See the inserted pictures below, Try this pose step by step.